WHEN THE STUDENT IS READY - THE TEACHER WILL APPEAR...

….from her very first blog post in 2006 to present, all this blogger wanted was have a place “where she could just ramble on and on about her favorite topic ~ SEWING"!  That my friends is why Diary of a Sewing Fanatic was born. Carolyn also says that she is "most at peace when she finds herself in front of her sewing machine creating a new garment”.  She’s sewn EVERYTHING ~ from her wedding suit, to maternity clothes, to children’s clothing.  In the process, I wonder if she’d ever guess that a person like me just returning from a 15 year hiatus would be wondering around the World Wide Web seeking sewing assistance to get her back in the game.  What had happened was~ I needed HELP and Carolyn's was the very first sewing blog that I happened upon, and, what an eye opener!

Who knew that such sewing terms existed:  Sewcation (purposely staying home and sewing to one’s heart is content rather than traveling when off work), TNT (tried and true patterns), and SWAP (sewing with a plan)?  I couldn’t wait to have my very first sewcation, develop a TNT pattern, and create my first SWAP.  You never know who’s watching you and learning in the process.  The funny thing about learning is once the process begins, you always want to know more.  So in that vein, let’s all get to know Carolyn just a little bit better. 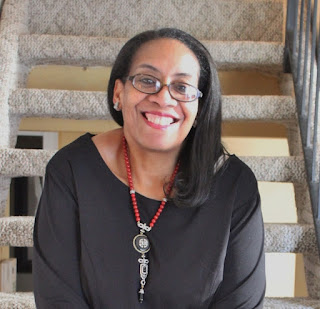 What was your sewing process, how did you learn (self-taught, classes, etc.)
CAROLYN:  I've been sewing since I was 11 years old. I've told this story often. I loved Barbie dolls when I was a little girl and used every dime I received to buy clothing for her wardrobe. I was with my Grandmother that summer and I kept using my allowance on Barbie doll clothes from Woolworth.  So one Saturday, she took me to the pattern catalog and helped me pick out a dolls clothes pattern.  When we got home, she pulled one of her old church dresses out of the refuse bin, handed it to me and my cousin and showed us a few hand stitches. I made a few dresses and was hooked. I came home with a doll case full of new Barbie doll clothes and a new found passion.

When I was 11, back in 1970, Home Ec classes still existed in public schools. It's hard to believe that in another generation, there will be no one saying that...but anyway I signed up for every sewing class I could take from 6th grade until I graduated from high school.  I participated in the after school sewing clubs in grade school, Jr. High and high school. My last 6 months of my senior year were spent in the sewing room because after I got accepted to college I could see no reason to take any other classes! *LOL*

Until the advent of the internet, I pretty much sewed in solitude...some books, sewing magazines & articles in the newspapers, PBS TV shows - Nancy Zieman and Shirley Adams and then Sandra Betzina on HGTV were how I continued to learn.

What was the very first item that you sewed/made and what is the most memorable thing about it?
CAROLYN:  Doll clothes and it fueled the passion.

What prompted you to start your blog in 2006?
CAROLYN:  I was participating on several sewing boards and they asked you to stay on point and be concise in your postings. I wanted to ramble more.  Liana of Sewing Intriguing, blog was the first blog I followed and I liked how she could add more detail about her makes, so I started my blog to do the same. I really wanted to talk about sewing in all of its details.

How has your blogging platform changed or evolved over this 10 year period?
CAROLYN:  Actually besides better pictures, my blogging style is pretty much the same except I do less tutorials and posts on fabric because once you've written them, you only need to update them. However, participation has changed.  At one time, blogs were huge and the online sewing community followed hundreds of them...leaving comments and having conversations.  There are other social media platforms now that give quicker access and compete with blogging that has reduced the number of readers/followers/commenters.

Are you still a member of Stitcher’s Guild/Artisan Square?  What is or was your experience on the Artisan's Square format?
CAROLYN:  Artisan's Square evolved from another sewing list and I moved from that list to Artisan's Square because I loved the atmosphere there.  There seemed to be so many sewists who actually made garments and gave freely of their sewing knowledge. I learned so much from those amazing women and it changed my sewing forever. I became an even better sewist because of them.  I probably stopped following along daily about 5-6 years ago because of time constraints.  I worked a really demanding job at the time and I had to choose how much internet time to have vs sewing time.  So with blogs to follow, I chose those because quite a few of the people I really admired had a blog and I could follow them that way.  However, I am still a member and do check in from time to time!

Can you describe your average reader in a nutshell?
CAROLYN:  LOL! No!  One because not everyone who reads leaves a comment. So I can't track who reads. Two because a couple of years ago I decided that wasn't important to me anymore and removed my blog tracker. It was more important just to share my journey and let everyone who wanted to read, read and those who didn't wouldn't.  It freed me up in a way to just be myself and not have "to feed" the blog.

Over the years I watched as you participated in quite a few SWAP Challenges.  I was in awe as you planned and then created up to 12 perfectly coordinated garments.  Can you give us some tips on coordinating fabrics and patterns to successfully create such a wardrobe capsule?

CAROLYN:
My first tip is to choose a base fabric in a solid color that some of the building blocks of the wardrobe can be built upon. 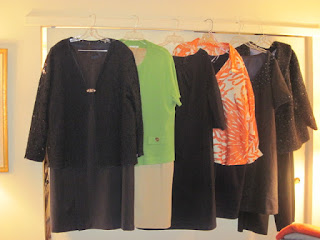 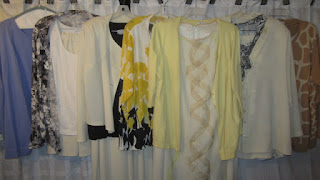 Can you tell us how the TNT pattern came into being?
CAROLYN:  Honestly, I developed TNT patterns for two reasons - economics and laziness. When my girls were small I didn't have a lot of money to spend on patterns and Joann's hadn't started the .99 cents pattern sales yet. So a pattern had to really work for me for the money I had to spend. Also, I grew up at a time when you used a pattern to death, you didn't flit from pattern to pattern. Finally I hate to fit so once I had a pattern fitted, I didn't want to have to refit another one.  I hadn't yet realized that I could use the fitted pattern with the new one. 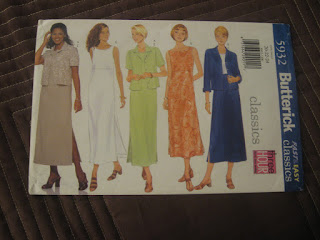 Favorite patterns?
CAROLYN:  This is so hard for me because even though I own a lot of patterns, my favs are more TNT and/or patterns I've had in my collection for years. So no pictures to share because ALL of them are OOP.  Besides my maxi dress pattern from last year. I love McCall’s 6559 - made a bunch of them last year and will make a bunch this summer too. 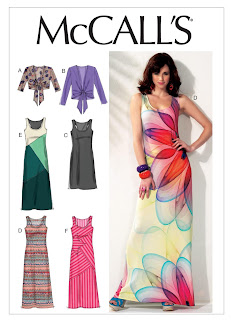 Can you give us a view of the Sewing Cave and what you like most about it?
CAROLYN:  I love that it's my personal space and that everything I need to sew is in it.  Also that I can spend hours, days and weeks at a time there.  The only thing it's lacking is a small fridge, if I had that I would probably never leave! *LOL* 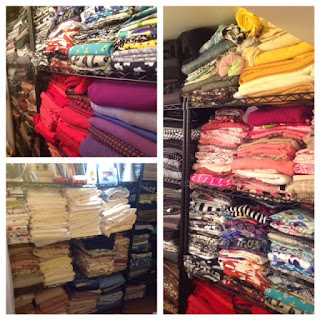 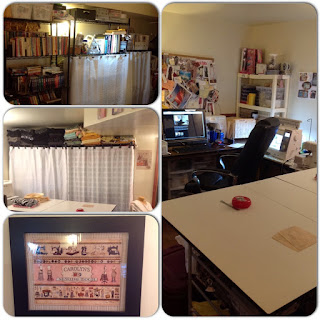 Can you share the garment or garments that you have made that you are most proud of, and tell us a little about the sewing process that went into it?
CAROLYN:  There would be two.  The first one is a pink dress that I knocked off a Chanel dress with and first realized the power of my TNT pattern.  The second is the pleather/ponte dress that was a Lafayette 148 knock-off.  Since I've written about everything on my blog - here is the blog post for the Chanel dress doubling as my favorite pattern post.  The Lafayette 148 Dress' progress was detailed step-by-step on the blog so here are the links to the blog posts.  The beginning, the middle, the reveal. 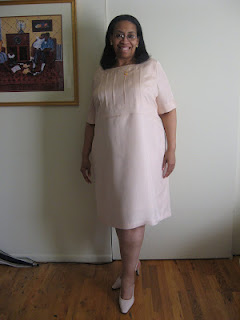 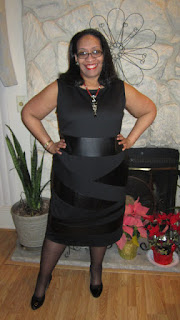